From Wiki
Jump to: navigation, search
Algae are one of the largest and most bothersome issues you will encounter as your pond evolves. How can algae pose an irritating issue? A problem occurs when too many nutrients are detected in your water and there are deficient contending living things for oxygen in your pond. One reason can be from feeding your fish too much or from overstocking your pond. 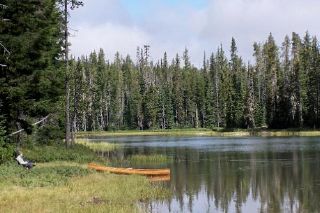 Planktonic algae are the most abundant kind of algae in a pond. They are unable to be seen by the naked eye and are comprised of one cell and are found hanging at the surface of the water and move freely. They depend on oxygen and sunlight for their survival. Planktonic algae employ photosynthesis just the same way as their multi-celled plant relation and are comprised of green and blue-green algae, diatoms, and green freshwater protozoan, referred to as euglenas.

Green algae consist of one cell and are dependent. They most usually possess two flagellates with each cell. Green algae have two kinds of chloroplasts and supply photosynthesis for several different classes in symbiosis. Green algae won’t cause any harm but can be responsible for turning pond water an unaesthetic shade of green.

Cyanobacteria, more commonly referred to as blue-green algae, can pose a threat to your pond due to its several species producing poisonous substances as they multiply. They are one of a kind, being that their cells can multiply in anaerobic environments where there is no oxygen. They are present in one cell structural patterns or in a colony.

Diatoms also consist of one cell and are algae that have a hard silica top cover. They can be found by themselves or in a colony resembling streamers and corkscrews. They are stagnant and can be encountered at the bottom of a pond. Euglenas consist of one cell and have elongated flagellate tails. They are not dangerous and contain chlorophyll. Euglenas are present in all areas of your pond, from top to bottom.

Some type of planktonic algae will definitely be present even if you supplement your pond with algaecide. In many ways, they are a critical component of the feeding relationship between organisms in a pond. For instance, after baby fist are born, throughout the course of their beginning days of existence they will rely greatly on planktonic algae. Issues exist when planktonic algae multiply at unmanageable rates, in which case algae flourish.

It is during the spring season that algae are most active and flourish. Pond water heats up during this time producing advantageous conditions for inactive algae to breed. As algae arise from their winter’s sleep, they start to generate lots of waste that rapidly takes over the organic filtrating system of your pond. In this environment nitrates explode and planktonic algae feed off them creating a muddled vivid green pond. Clusters of dense algae will grow and float at the top of the water.

Finally, how do you take care of this type of problem? Put more plants in your pond. Plants need oxygen and nitrates just like algae and when put up against one another, the plants come out victorious. Two thirds of your pond’s surface should be plentifully bestrewn with plants. Without light from the sun, oxygen, and nitrates, algae will not be able to flourish. Algaecide can be an option if you need a remedy to your problem quite quickly. Be careful not to add too much algaecide because it lessens the oxygen supply in your pond water and can destroy your plants.